Honda ready to take off — and we mean that quite literally 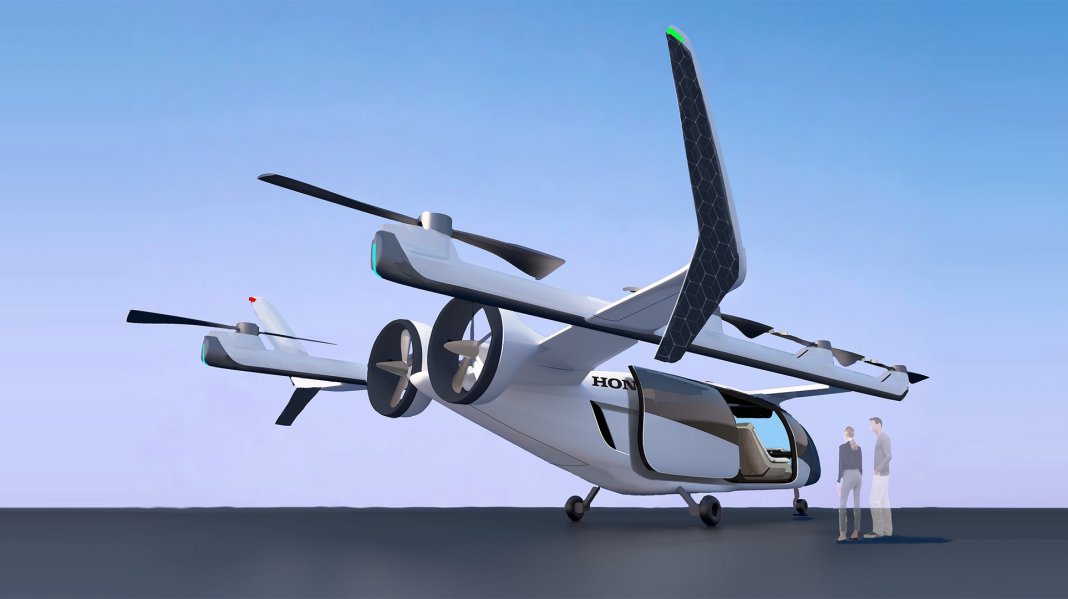 Yes, we know that Honda already produces private jet aircraft, but fasten your seatbelt and put your seatback in its full and upright position because the automaker is really ready to take off. Honda Motor Company has unveiled a “2030 Vision” that includes electric-powered vertical take-off and landing aircraft, an avatar robot, and “a new challenge in the field of outer space.”

Honda said it’s about expanding the joy of life’s potential as it is committed to contributing to a society with “zero environmental impact and zero traffic collisions, and also new initiatives that enable Honda to take on challenges in new areas.”

So Honda is doing “outside-the-box research on technologies that will bring about new value for people by expanding the potential of mobility into the 3rd dimension, then the 4th dimension which defies the constraints of time and space, and ultimately into outer space.”

It begins with the Honda eVOL — electric vertical take-off and landing — aircraft for inner city travel in expanding cities with a new and efficient gas turbine hybrid power unit supplying the electrical power.

Honda says its avatar robot should be practical by the 2030s in helping do all sorts of functions, including using tools or opening a jar lid.

And then, it’s off to space, at least for the robot for exploring a lunar surface and doing tasks that might put astronauts at risk. Honda said it also is developing small, reusable rockets for launching low-earth orbit satellites.

Chevrolet has announced it will reveal the higher-performance 2022 Corvette Z06 on October 26 and electric-powered Silverado pickup truck in January at CES 2022. The automaker said one feature of the Silverado EV will be an available fixed-glass roof designed to provide both more headroom and enhanced spaciousness for those sitting in both rows of the truck’s cabin.

The truck also will offer 4-wheel steering and a range of more than 400 miles on a full charge, Chevrolet said.

How did Mach-E do in police tests?