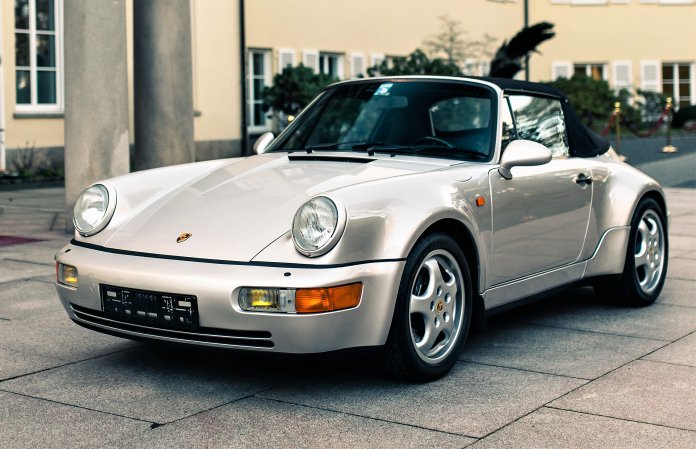 The Paris sale was Bonhams’ first all-online auction, reaching total results around €4 million ($4.77 million), including auction fees.  The bidding ran for seven days, from March 3-10, and was considered a resounding success by the UK-based auction company.

Tying the Maradona Porsche as top seller was a 1960 Aston Martin DB4 Series II sports sedan that also achieved €483,000.  The Aston’s all-aluminum Superleggera bodywork is by Touring and it is the first model to be powered by the 240-horsepower 3.6-liter inline-6 engine.