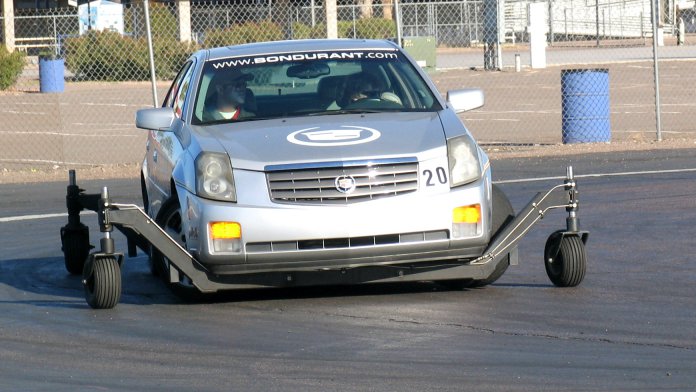 I consider myself fortunate to have grown up out in the country, where traffic was minimal and the roads were gravel. Although I didn’t grow driving tractors on family farms like some of my grade-school classmates, I did start driving the family car at an early age. It was probably the summer between freshman and sophomore years of high school when I wanted to go to a friend’s house and one of my parents responded with: Take the car but stay on gravel.

Finally, it was the summer that I would turn 16, so I took our high school’s driver’s ed training. As it turned out, my driver’s ed classmate and I already had been driving for nearly 2 years, so the instructor, our school’s football coach, decided that our “training” would be for one of us to chauffeur him to a nearby town so he could chat with its football coach about the upcoming season, while the other one of us drove him back to our school.

The morning of my 16th birthday my Dad drove me to the DMV office, I took a written test and secured the legal right to drive. I dropped him off at his work on my way home.

It would be more than a quarter-century later before I would take part in my first official driving school program. I’d recently joined the staff at AutoWeek magazine as the new motorsports editor and Tom Cotter, whom you likely know as Hagerty’s Barn Find Hunter of YouTube fameand as the author of the In the Barn books was, at that time, the public relations manager for Charlotte Motor Speedway. The speedway was hosting a Skip Barber racing school session and Tom invited a couple of writers with no previous behind-the-wheel racing experience to take part.

Chief instructor Bruce MacInnes did his best to teach us how to drive a Formula Ford at a goodly rate of speed and without hitting anything. I learned a lot, including how mentally exhausting it was to focus on shift points and apexes and trail-braking technique and how grateful I was each evening for a recuperative soak in the Cotters’ hot tub.

I graduated from the school with a real SCCA racing license, which I used once, to co-drive in the Press On Regardless Rally on a weekend that included a less-than-desirable wheels-up landing.

Although they were not necessarily formal driving schools, I really learned about driving at media events hosted by the likes of Mercedes-Benz (ABS), and especially by Land Rover and Porsche.

Porsche’s on-track press-day events often included starting in, say, a Boxster, moving up to a Boxster S, and then through various 911s and once even into the Carrera GT. Usually I had Hurley Haywood as my personal instructor, including the day I drove certified 175.781 mph in a 911 Turbo.

Some automakers offered more formal instruction, such as a day with Subaru at the Team O’Neill rally school learning how to do proper hand-brake turns, or a visit to the Bridgestone Winter Driving School in Steamboat Springs, Colorado, where instructors use various Toyota vehicles to teach driving safely on snow and ice.

For nearly 20 years, I lived not far from the Bob Bondurant School of High-Performance Driving just south of Phoenix and Bob and his staff repeatedly offered me a session. I finally agreed, when I was 61, to participate in the school’s teen driver one-day course, in which nearly all the students were 16.

Wish I’d have had something like that Bondurant session back when I was 16, though at the time we had 3-on-the-tree to occupy us instead of the distraction of smartphones. I think parents were paying $500 for the Bondurant day and several said they preferred to spend the money there rather than on the deductible after an accident. Those were wise parents.

The real eye-opener for the teens was an emergency lane-changing session. After it was done, the instructor asking them what it was like and their responses were how difficult it was and the concentration it took and…

And then the instructor asked if they could have completed the drill while glancing at their cell phones and you could see the expressions of “Oh, now I get it” spreading across the youthful faces. Such realizations were worth more than the $500 tuition.

And it wasn’t just across youthful faces that such realization took place. When I drive, my phone stays in my pocket. Any text messages can wait until I arrive — safely — at my destination.

Yes, even an old dog can learn a new trick.