Family fun: Electronics for the kids, gear control for the driver 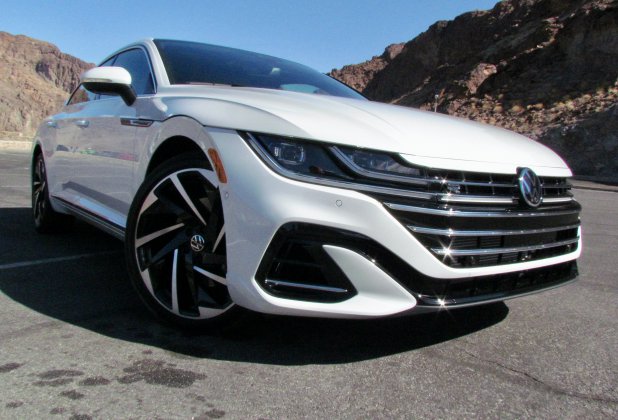 The car halted ahead of me at the stoplight was a Toyota Camry, which isn’t unusual. But what was unusual was that I was peering into the Camry’s rear deck lid, as though I was driving some sort of low-slung sports car.

Except I wasn’t in a sports car. I was in a four-door sedan that dimensionally is just about the same as the Camry, though this 2021 Volkswagen Arteon, when you toggle the shift lever into Sport mode, drives more like one of those low-slung coupes or convertibles than like a roomy sedan.

Part of the trick, I’m guessing, is that the hood is so low, thanks to the compact and lightweight engine. Another part may be that the seats in the Arteon are positioned closer to the pavement than in the typical 4-door sedan. I say that because when I looked at the technical specifications for the Camry and Arteon, I was surprised to see that the roofs of both cars are listed at 56.9 inches.

By the way, it’s pronounced R-Tee-on, according to VW of America.