Museum opening planned in late July at ‘crossroads of America’ 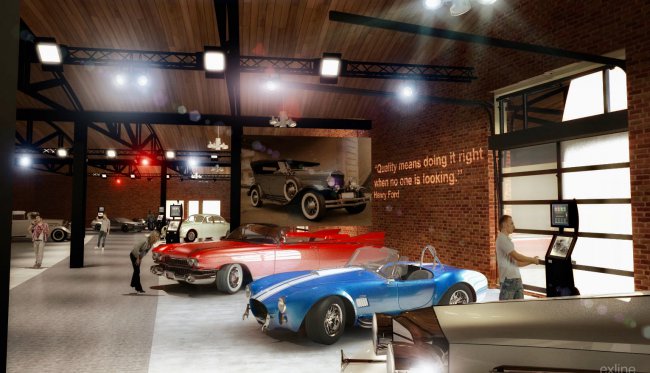 A new car museum located at the “crossroads of America” has announced plans to open in late July in Salina, Kansas.

The Salina Education Automotive Museum of America will be “an upstart” automotive museum located in a refurbished brick warehouse that will provide more than 43,000 square feet for exhibits, including a dedicated wing for the Kustom Kemps of America organization which annually draws around 2,000 vehicles to Salina for its “Leadsled Spectacular.”

The museum is part of a $160 million downtown redevelopment program that includes a 5-story hotel, residential lofts, multi-sport fieldhouse, riverwalk, restaurants and shops. Work, including fund-raising, on the museum project began in 2016.

One museum theme will be Old Route 40, celebrating the cross-country route — Atlantic City to San Francisco — known as the “Main Street of America.” The route runs through four state capitals — Colorado, Kansas, Indiana and Ohio — as well as the former capitals of Illinois and West Virginia.