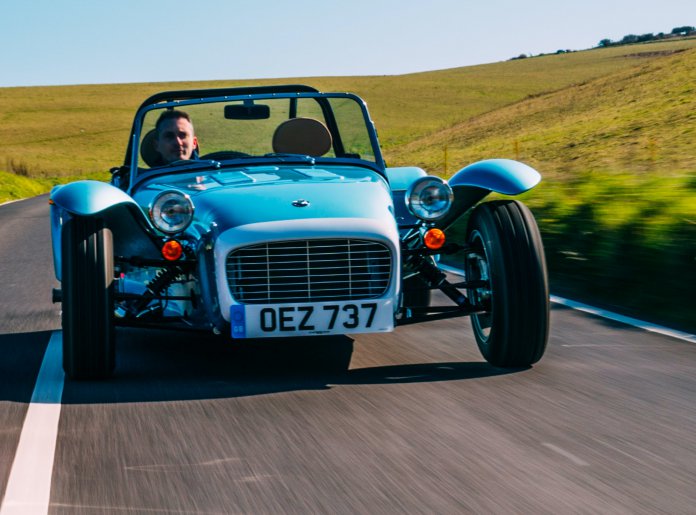 British automotive brand Caterham Cars has been acquired by VT Holdings, a Japanese automotive group. VT Holdings had been the Japanese importer of the Caterham Seven since 2009, selling more than 120 cars annually through its more than 200 dealership showrooms.

“VT Holdings is proud to welcome Caterham to the group,” Takahashi is quoted in the announcement. “We have not only purchased a globally renowned performance car manufacturer but become custodians of a motoring legend. We will protect and develop the Seven to meet the legislative challenges that lie ahead.”

Caterham Cars Ltd., was founded in Caterham, Surrey in 1973 to continue production of the Lotus Seven, a lightweight car popular with club racers. At first, production continued with Ford engines but in 1984, a more powerful Cosworth powerplant was used. Later cars got Vauxhall or Rover engines.

Caterham Cars had been owned since 2011 by Malaysian businessmen Tony Fernandes and Kamarudin Meranun.