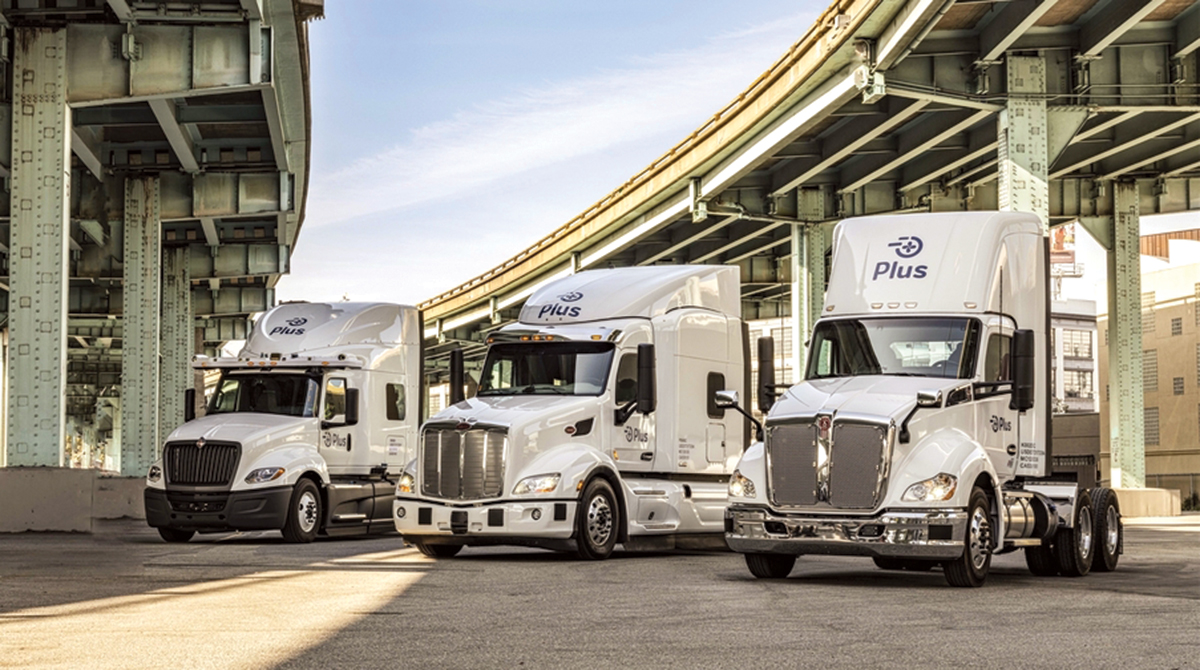 Self-driving truck startup Plus is in advanced talks with a few special purpose acquisition companies for a merger, as it seeks to bankroll its expansion in the autonomous driving industry, according to people familiar with the matter.

The Sequoia Capital-backed company has received several letters of intent from the U.S.-listed SPACs and is weeks away from a deal announcement, the people said, asking not to be identified because the matter is private. The SPACs range in size from $300 million to $500 million, and Plus is planning to set its valuation range later this month, one of the people said.

Plus is working with Goldman Sachs Group Inc. and will start a roadshow for additional financing via a private investments in public equity, or PIPE, transaction after it chooses a SPAC, the people added. Representatives for Plus and Goldman Sachs declined to comment.

The Cupertino, Calif.-based firm is among a handful of startups that are trying to upend a fragmented longhaul trucking business with driverless technology. It has been working with Chinese delivery company SF Holding Co., which uses Plus-enabled autonomous trucks covering 1,500 kilometers (932 miles) on a daily basis, according to Plus. State-owned China FAW Group Co. plans to start mass production of jointly developed autonomous trucks in the second quarter, Plus has said.

Full Truck Alliance will use its network, which links drivers and cargo, as a sales channel for Plus trucks.

Founded by a group of Stanford University classmates in 2016, Plus is backed by investors including Chinese longhaul company Full Truck Alliance, Shanghai Automotive Industry Corp. and GSR Ventures Management. The startup raised $200 million in a funding round in February that attracted new investors such as Guotai Junan International Holdings and Citic Private Equity Funds Management Co.